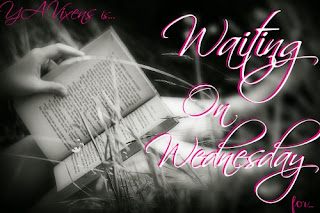 Beth's Pick ~
Well shit. I chose a book that is getting a new cover. IN EITHER CASE.... This sounds so amazing.

Isla Walters has almost completely forgotten about her devastating past. She has everything she's ever wanted. A great Musical Education degree, an amazing gig singing at a local lounge, and Jared. Her high school sweetheart and the guy that saved her life. On the day of their 4th Anniversary, Jared is killed in a car accident, but Isla doesn't just lose the love of her life that day. She loses everything.

Everything she worked for wasn't just for her. It was for them.

Returning home for the one year memorial of Jared's death and being given Jared's journal from the last year of his life brings Isla face to face with two things she's tried to push from her mind: the lung crushing pain, and Jared's deadbeat cousin, Kellan Delancy.
~
"Being in love with your brother's girl is bad enough. Being in love with your dead brother's girl? Impossible."

She never knew about the battle for her heart. Or that she was the only thing that ever came between Kellan and Jared. She definitely didn't know about the pact they made. To protect her and keep her safe no matter who she chose.

Kellan knows he should stay away from her if he wants to heal. He knows that he'll never stop loving her if he doesn't leave her behind.

But Kellan can't breathe, and Isla's the only one who understands.
~
All she has left is an old journal full of broken dreams...

Kait's pick ~
Famous guy/regular girl is not usually a formula I've tried many times, but this one sounds witty and sweet. 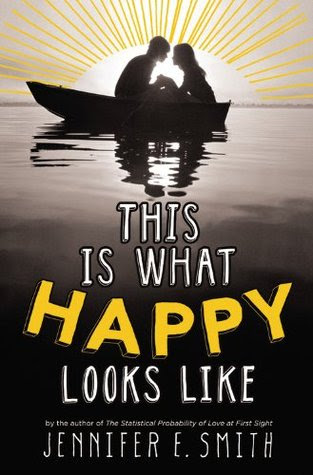 This is what Happy looks like - Jennifer E. Smith

If fate sent you an email, would you answer?

When teenage movie star Graham Larkin accidentally sends small town girl Ellie O'Neill an email about his pet pig, the two seventeen-year-olds strike up a witty and unforgettable correspondence, discussing everything under the sun, except for their names or backgrounds.

Then Graham finds out that Ellie's Maine hometown is the perfect location for his latest film, and he decides to take their relationship from online to in-person. But can a star as famous as Graham really start a relationship with an ordinary girl like Ellie? And why does Ellie want to avoid the media's spotlight at all costs?

What are YOU waiting oh so impatiently on this week!? Let us know! We love comments ;)
Posted by Unknown at 2:00 AM 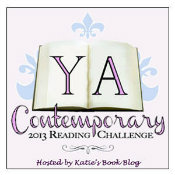 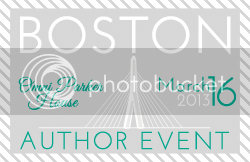